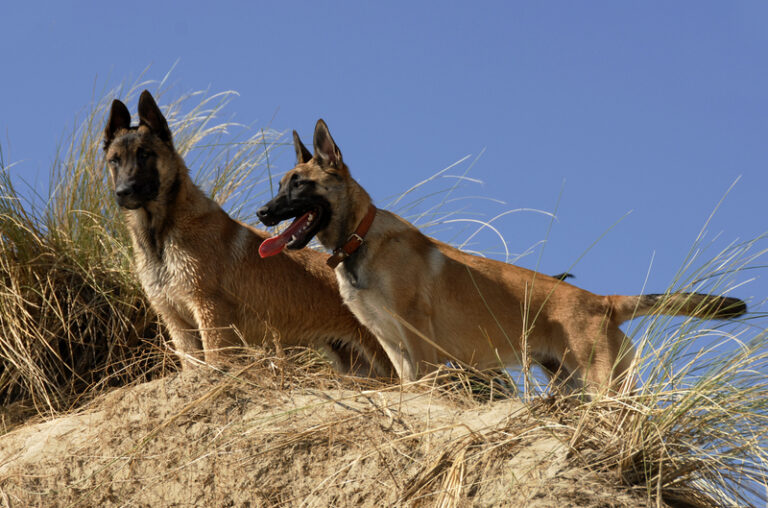 How fast can a Belgian Malinois run? Since ancient times, dogs were used by humans as hunting and herding companions. Later, they were trained to be trackers and guards.

Many of these dogs had to be fast and agile, and today, their descendants still show those traits.

Belgian Malinois are famous for their high-energy, high-intensity work ethic. These dogs were originally bred as herding dogs but today are commonly used as military, search and rescue, and police dogs.

Also Read: Chicken Allergies in Dogs: Is My Dog Allergic To Chicken?

Not only are these dogs swift and agile, but they are also great athletes. They can run up to 35 miles per hour for short distances. Their stamina is also astounding.

Belgian Malinois has the high stamina for long bouts of training or dog sports. While their top speed is between 35 and 40 miles per hour, these dogs run at that speed for short distances only.

They can run at top speeds much longer than that over shorter distances.

This enables them to chase down an intruder or attacker for several hundred yards, which is perfect for military or police dogs.

While they cannot sustain this speed forever, these muscular dogs can easily reach speeds of 20 to 30 miles per hour over shorter distances.

These dogs are extremely powerful, athletic, and agile. It is not hard to understand how they became so popular for police work and dog sports.

Are Belgian Malinois easy to train?

These dogs have been trained as search and rescue dogs as well as dogs for police, narcotics detection dogs, herding dogs, guard dogs, and as a sheepdog. They are very intelligent dogs and adapt easily to new situations and training.

Are Belgian Malinois Good with Family and Children?

Belgian Malinois are fast runners, quick learners, and are affectionate toward children.

Their guard dog skills enable them to sense danger and warn their family with a deep, sharp bark.

These breed dogs are naturally alert but calm around the home, they tend not to attack strangers unless they have been trained to do so.

Belgian Malinois are very active dogs, need a job to do, and enjoy walks, running, and hiking.

They are quick learners with the ability to understand many verbal commands with ease and can be trained to use a toilet inside the home.

Belgian Malinois dogs are hardy with the ability to adapt to different living conditions with ease. However, they must be given a lot of attention and their owner must be a firm, confident pack leader with a good sense of humor.

How high can a Belgian Malinois jump?

In spite of having a lightweight body, they are powerful, their withers are pronounced with solid loins that are well-muscled. These features enable them to jump more than 8 feet into the air.

Puppy Crying? 7 Strong Reasons Your Puppy May Be Crying

Do Rabbits And Dogs Get Along?

What is a dog’s normal body temperature to consider?